The 100th day was a big hit in first grade. I can’t tell you how many times I heard the phrase, “This is the best day ever!” LOVE.

The firsties entered the room through their favorite. thing. ever.

Honestly, I don’t blame them. Streamers are awesome and such a fun way to celebrate anything! Every time there was any opportunity to enter or exit the room, the firsties grinned and closed their eyes, allowing the streamers to tickle their faces and trail through their fingers.

We started the day by making some awesome 100th day hats. Each of 10 strips contained a 10-grid and a space to write a number sentence. At the hat’s completion, each student had written ten number sentences that equal 10, with matching colored 10-grids, for a grand total of 100! They modeled them with flair and excitement! 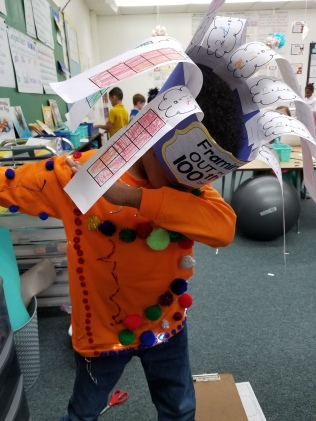 Next, we celebrated some more through the Primary Department Fashion Show! Each student had created a t-shirt featuring 100 items. It was so much fun to see how different each collection was! They loved showing off their hard work!

At snack time, groups of firsties were given a heaping plate of ten different snack items and a sorting mat. They were challenged to sort ten groups of ten pieces of snacks for a grand total of 100 snacks! This was one of the highlights of the day, for sure! Who knew 100 could be so yummy?! 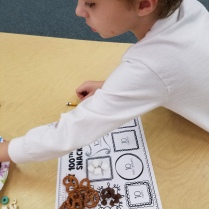 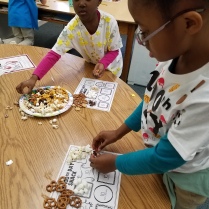 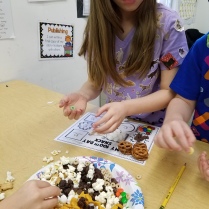 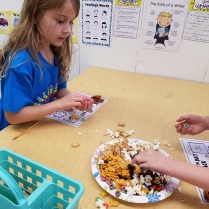 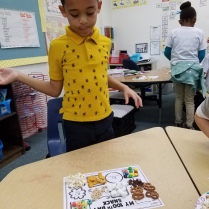 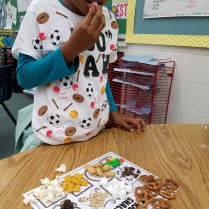 The firsties continued their 100th day celebration through a series of 100-based activities. At one station, the firsties were given a series of challenges to complete in 100 seconds. They tallied, counted, jumping-jacked, and wrote as many words as they could through 100 seconds to see how many they could do. 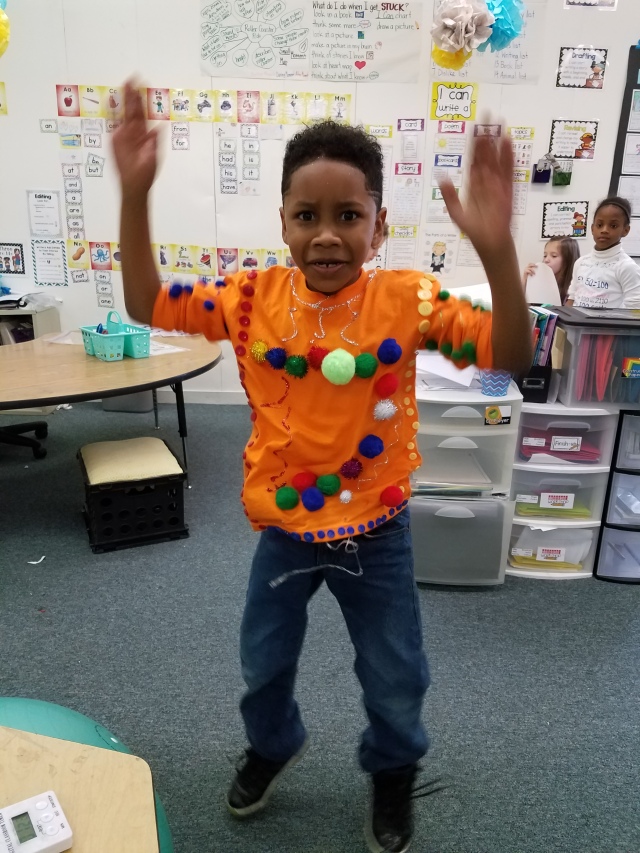 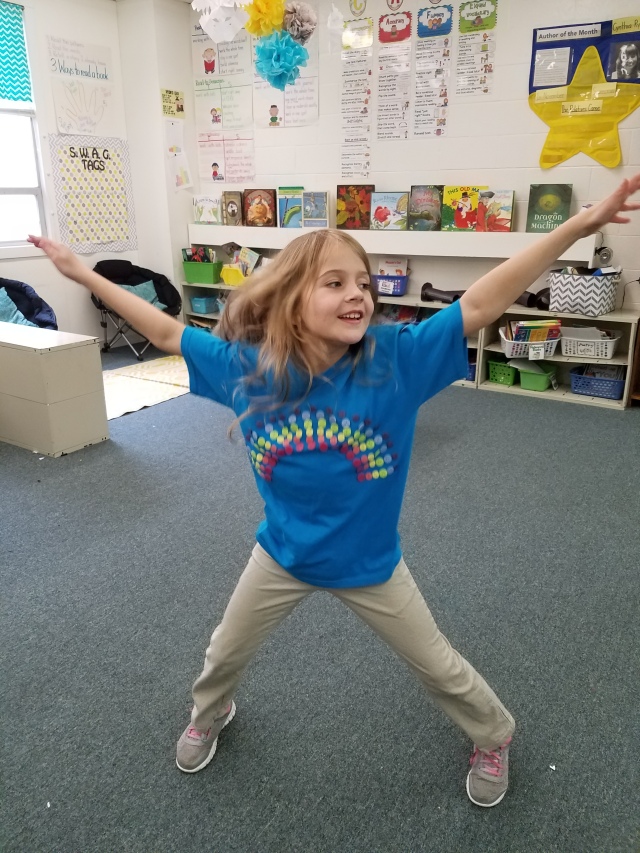 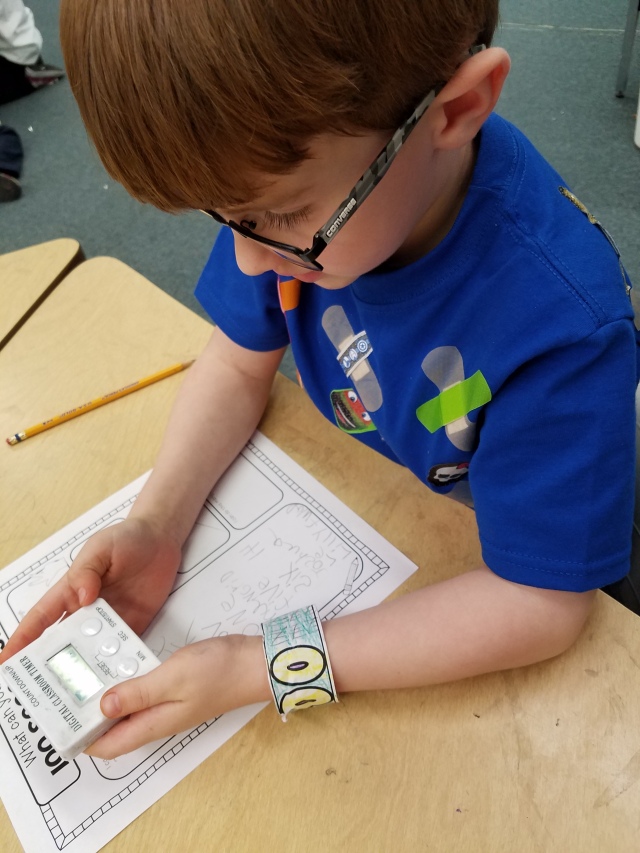 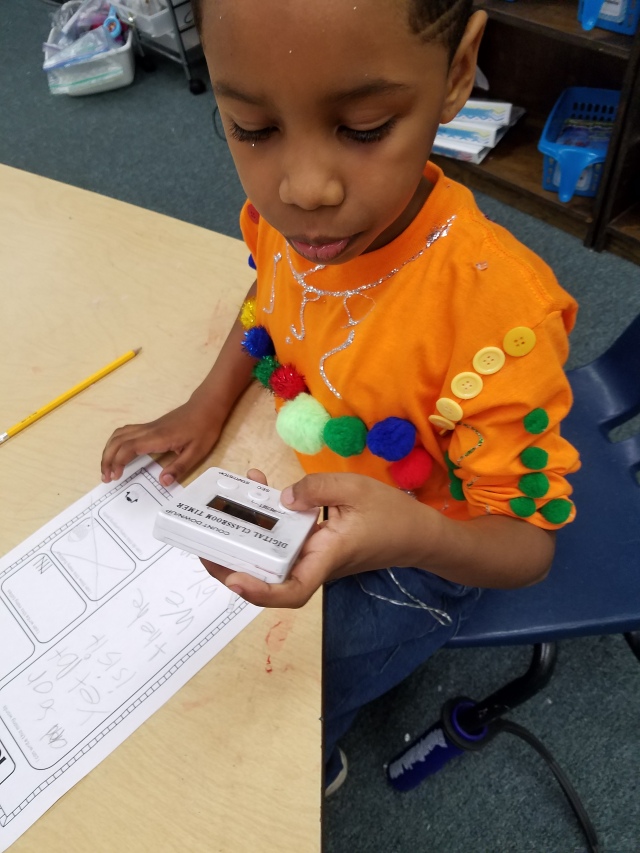 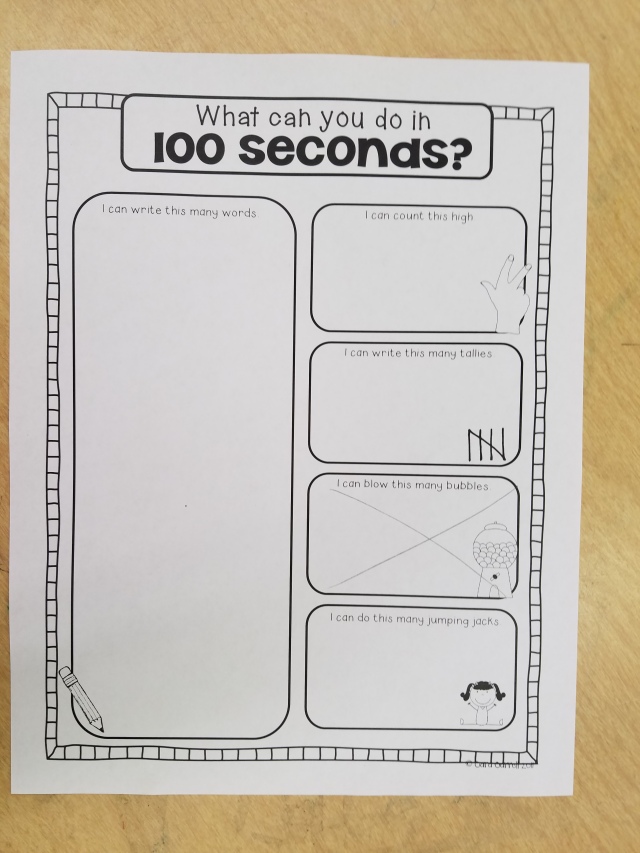 At another station, students were given a work mat featuring 100 pennies and a die. Their challenge was to roll the die, color the number of pennies indicated by their roll, and count the number of rolls it took to color all 100 pennies. For many firsties, keeping track of all of those rolls was the trickiest part! They had to remember to slow down and make a tally mark each time instead of rushing to roll again. Patience glows!

At a third station, students were given a clipboard, pencil, and recording sheet and challenged to first predict where they thought 100 steps from the classroom door would lead them and then take those steps and check their thinking. This is one of the office staff’s favorite activities to observe on the 100th day because they get to see how each firstie’s strategy is so different!

At the last station, students created a book celebrating 100 by making 100 on each page in a different way, whether by recording 100 tally marks, counting by 2s, 5s, or 10s to 100, or filling in collections of coins that make 100. 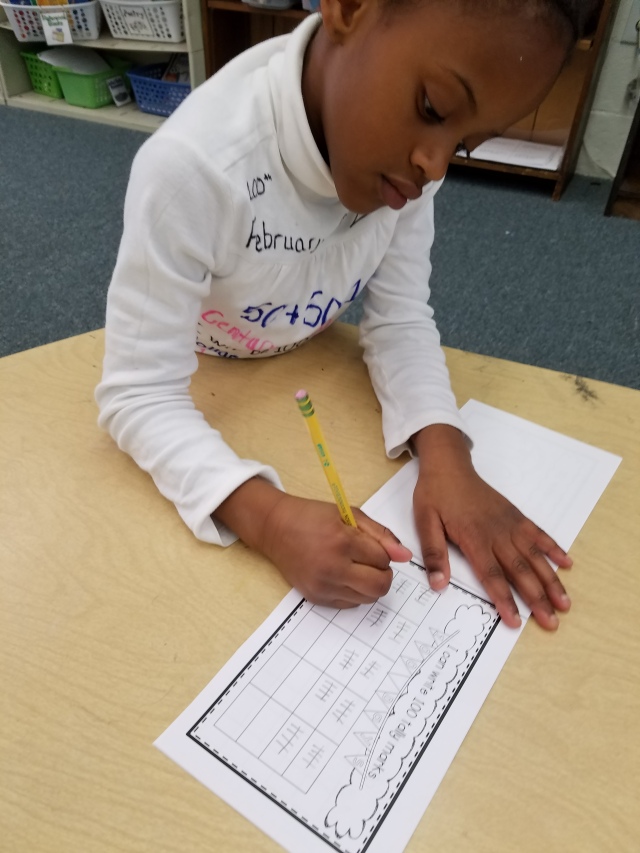 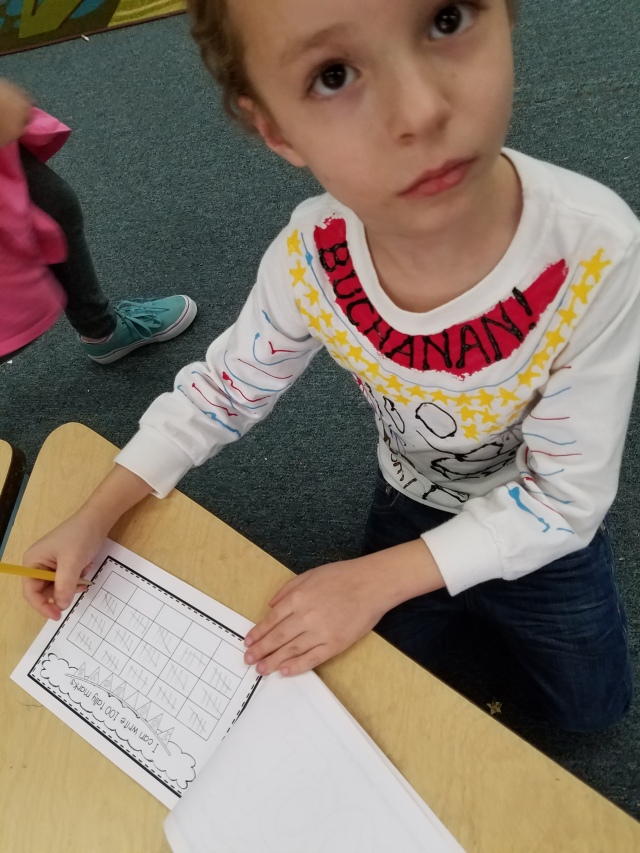 Was your 100th day of school ever this fun? We’re over halfway to the end of the year, friends!

P.S. Special thanks to our 5th/6th grade friends, who plastered 100 adjectives describing our fashion show to our wall! They were awesome audience members! 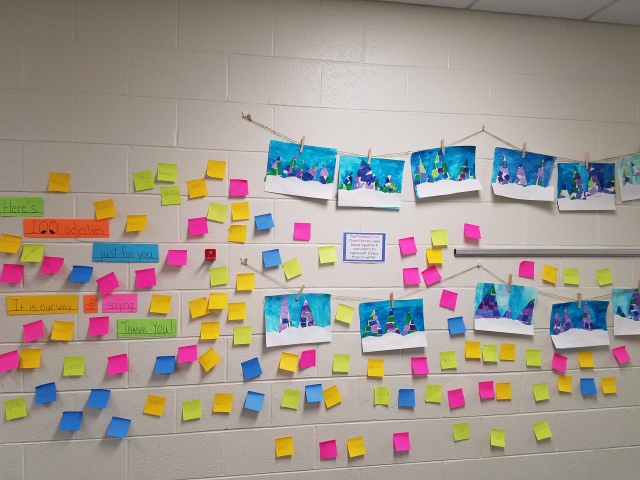 Check out the Archives